According to NHTSA, more than 1,500 crashes involving wrong way drivers occur each year taking nearly 260 lives.  As we all know, 2015 was the deadliest year on the roads in Austin’s history. It seems 2016 is tracking 2015. This week alone there were three separate fatal collisions. Most recently four people were killed on Interstate 35 at the Kyle Parkway exit after a wrong-way driver crashed into their minivan. This preventable crash happened around 1 a.m. Friday morning and authorities believe alcohol could have played a role. The scene was horrific according to Justice of the Peace Beth Smith who had to declare deaths on the scene.

Concerns about wrong-way drivers has brought to light preventative measures to help prevent and/or alert wrong-way drivers. In order to specifically determine factors that contribute to wrong-way driving, employees of several public agencies in 2011, formed the San Antonio Wrong Way Driver Task Force. The task force identified the areas where the most occurrences of wrong-way drivers occurred. TxDot authorized TransGuide operators to display wrong-way drivers warnings immediately when there was alert. 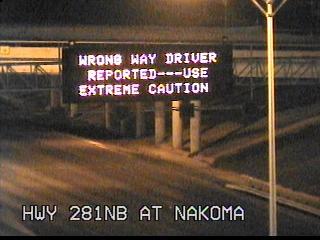 Other states such as Florida started using signs that light up when radars detect a wrong-way driver. In addition a camera takes pictures of wrong-way drivers and sends them to high way patrol dispatchers. According to the Florida Department of Transportation, their alert systems went off 12 times and all drivers were alerted and turned around. Clearly having a system in place will save lives.

So the question is what is being done in Texas to help prevent wrong-way drivers? Well besides San Antonio’s implementation of their program, TxDOT says the implementation of similar projects is made on a district-by-district basis. Unfortunately, TxDOT says the Austin district currently has no plans to install a preventative device to help protect our community against wrong-way drivers.

In our age of sophistication, we are still relying on old technology to keep wrong-way drivers from getting on the interstate. Signs and simple warning devices may not be able to communicate quick enough to on-coming traffic. According to JP Beth Smith the events of the tragic wrong way driver crash in Kyle occurred in a flash.

The San Antonio Wrong Way Driver Task Force and TxDOT conducted a pilot program and found most incidents occur at night, with the majority of them happening after the bars close. They implemented shorted signs that were lit up and found that it help, at a cost of $4,000 a piece. 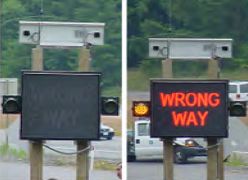 In news interviews after this tragic event in Kyle, TxDot was asked if these lighted signs might be deployed statewide. Their response was that they could implement all of the “engineering enhancements” possible to build safe road, but at the end of the day, its our drivers that are responsible for safety.

Wrong Way Drivers in Austin Texas is horrible and preventable to not cause harm to our community. We can only hope for there to be changes in the near future. Its seems at this point the one way to avoid these collisions is to stay off the highways between midnight and 5 a.m. Just like finishing most write up, if you or a loved one has been affected by someone’s preventable harm, please don’t hesitate to call us.